This was originally inspired by a writing Prompt from Reddit.

Enjoy and please let me know what you think of it in the comment section:

“No good will come of this you know”

The couple stood over the dead body, staring down at the lifeless form at their feet. The Body was still fresh, the eyes open and accusing, the hollow stare that will one day happen to all of us when the soul vacates it’s shell.

“I guess we bury it, try to make sure she does not see it before she gets up.”

She looked at her watch, then up at the bedroom window on the second floor of the house.

“That only gives us a couple hours…”

“Then we better work quickly then.”

He headed off to the garden shed, she watched him wade through the grass of the backyard for a second, then shifted her eyes back down to the body. Sometimes these things just happened, but now it was all about damage control.

He had gotten a shovel from the shed and was now jogging back up to where he left her guarding the corpse. 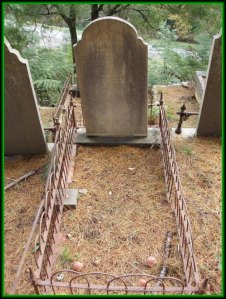 “Here,” He said handing her the shovel. “I have to go inside the house and get something to wrap that up in.”

“Wrap it up? It’s a corpse, not a Christmas gift.”

“If we don’t bury it properly you never know, a stray animal might come and dig it up. Or would you rather she go outside one day and come face to face with the truth?”

She turned towards him with a look of annoyance. “I don’t know I have never buried a damn body before. Did you take care of things on the inside?”

“Best I could. With any luck, hopefully she will not notice a thing.”

“Fine.” She said, snatching the shovel from his hands and scouting around for a place to begin her task. “How deep should I make the hole?”

“Yeah, that is what they usually say, six feet under, you know, it’s the standard burial depth.”

“The standard burial depth? What the fuck is there a field guide for burying a body or something?”

“Hey look, it’s my first time too, I’m not exactly John Wayne fuckin’ Gacy here. Just start digging and I will get some trash bags to wrap that in.”

“Don’t use the scented ones, those cost a lot more. Use those cheap dollar store ones in the back of the cabinet.”

He opened his mouth to speak, thought better of it and then turned towards the house. “Just remember to do it quietly. Last thing we need is to wake her, we will be so screwed if she wakes up.”

She rolled her eyes at him and raised the shovel above her shoulders. “No, I was planning on banging the damn shovel against the side of the house till I woke the whole fucking neighborhood.”

When the deed was done it was almost dawn, partially because he had in fact brought out the scented garbage bags because he could not find the cheaper ones in the house and she insisted that despite the circumstances, four dollars and ninety-nine cents a box was too expensive to waste on something that could not appreciate the nuances of the fragrance that is lavender spice.

They sat on the back porch, looking at the mound of fresh Earth in the cool morning air.

“She’s going to wake up soon.” She said, wiping some dry dirt off her watch. “You think this will work?”

“It has to. All we have to do is stay calm and play it the right way. The fresh earth can be covered by the fact that patch needed fresh grass seed, the rest we will play by ear.”

From behind them, they could hear the sound of a screen door opening then rapidly shutting. The sound of urgent footsteps bounded across the porch towards where the couple were sitting.

“Somebody hamster napped Mr. Cheese and replaced him with another hamster! It almost looks like Mr. Cheese, but Mr. Cheese has a funny left ear, this hamster has a perfect left ear!” Tears were welling up in their daughter’s eyes. “I blame aliens…”

“No sweetheart it was not aliens.” He said. “ Mr. Cheese had to go to Europe on business for awhile. That is Mr. Cheese’s cousin, Mr. Whiskers. You know like that film you saw where the two kids become exchange students? Mr. Cheese went to Europe and Mr Whiskers came to our house.”

The little girl placed one of her pig tails in her mouth, like she always did when she did not quite understand. “Exchange student hamsters?” She let the pig tail fall from her mouth and let her face break into a large smile. “I wonder what Mr. Cheese is doing right now!”

“Nothing much.” He mumbled under his breath.

The couple stared at the small mound of Earth where one Mr. Cheese laid eternally.

“Well, it’s not Europe that’s for sure.” He said, elbowing her gently in the ribs. “But at least he won’t have to put up with the French or worry about jet lag.”

This entry was posted on Monday, August 10th, 2015 at 9:59 AM and is filed under Fiction. You can follow any responses to this entry through the RSS 2.0 feed. You can leave a response, or trackback from your own site.